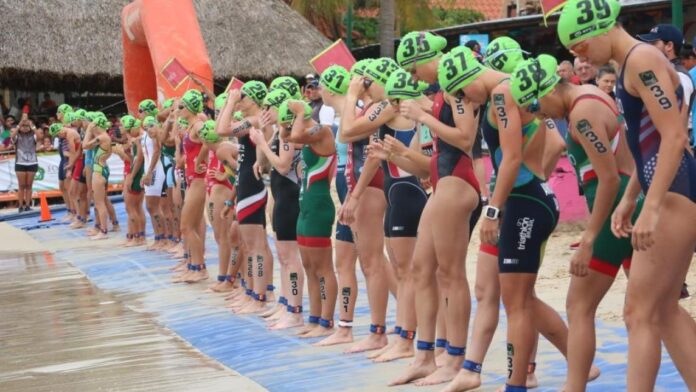 World Triathlon, the institution that regulates the rules of competitive world triathlon, reported that the 2021 Huatulco Triathlon World Cup will be the last ranking competition for the Tokyo Olympic and Paralympic Games.

In the official statement he announced that at the moment there are only six scoring competitions, the World Triathlon Series Championships in Yokohama, Japan, and Leeds, England; as well as the Osaka Triathlon World Cups, Japan; Lisbon Portugal; Arzachena, Italy; and Huatulco, Oaxaca, Mexico.

All competitions marked on the International Triathlon Union calendar are subject to change.

* Saturday June 12 will be the competition of the National Triathlon Circuit and the National Duathlon Circuit, with start and finish in La Crucecita de la Bahía de Santa Cruz, with a limited capacity of 400 participants in the sprint and Olympic triathlon modalities, aqua -run sprint and olympic, as well as duathlon sprint.

Sunday June 13 will be the Triathlon World Cup, for elite competitors who seek to add points in the ranking for their classification to the Olympic and Paralympic Games in Tokyo.