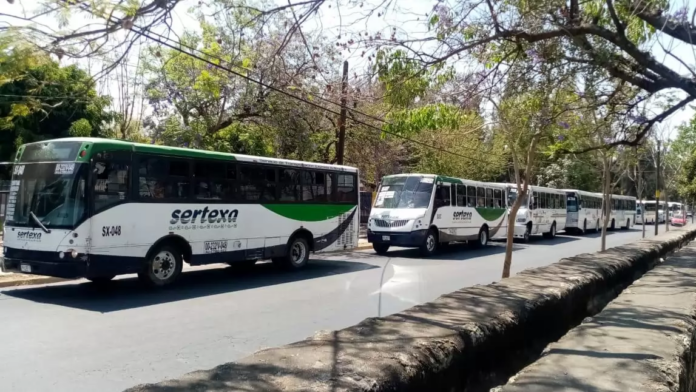 Oaxaca.- A group of normalista students kidnapped at least 15 urban transport units, with which they keep the federal highway and the entrance to the Oaxaca Mexico highway closed, as well as other streets in the capital of Oaxaca.

The mobilization of the students occurs after the State Institute of Public Education of Oaxaca (IEEPO) reported that a satisfactory response was given to the 24 points presented in a document with their proposals, highlighting the hiring of 100 percent of the graduates of the 11 normal schools of the Entity.

The head of the IEEPO, Francisco Ángel Villarreal, stated that this government administration has hired 1,329 normalistas from the 2017-2018 and 2018 -2019 generations, and as for those who will graduate from the 2019-2020 generation, he said that only those will be employed. that they have graduates – an essential requirement – and through a public call.

Ángel Villarreal pointed out that the alumni who have fulfilled the requirements and the normative processes stipulated by the Unit of the System for the Career of Teachers and Teachers (Usicamm) with adherence to criteria of equity, transparency, and according to the available vacancy, will be admitted according to the standard.

The protesters remain on board the transport units and threaten to block state government agencies, but they do not report the reason for their mobilizations, especially when their requests have been met, their graduates hired and their spaces on the federal payroll secured.