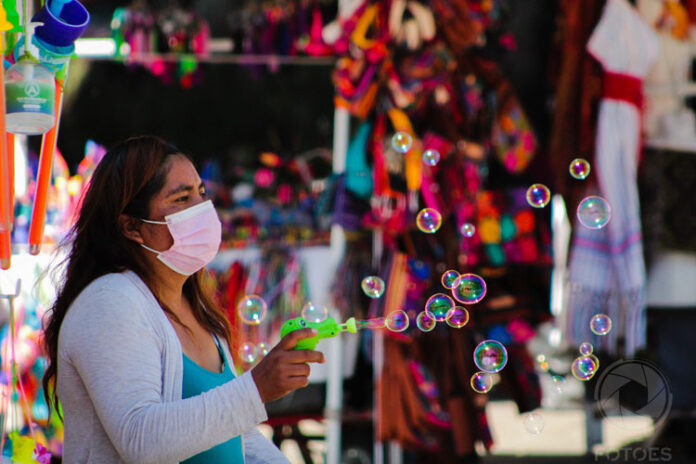 18 people die from Covid-19 and 134 are infected this Friday; hospital occupancy maintains a downward trend, with 8 Covid units at 100%

Oaxaca, Oax.- The Federal Ministry of Health reported this Friday that the epidemiological risk traffic light for Covid-19 will have 21 entities in yellow, eight in orange, including Oaxaca, as well as three in green and no state in red, which is the highest risk level.

Ricardo Cortés Alcalá, general director of Health Promotion, explained that this traffic light will be in effect from Monday, March 15 until Sunday, March 28 of the same month.

According to the federal official, hospitals are having a decrease in their percentage of hospital occupancy, as in the case of Oaxaca, so the epidemic curve continues to decrease in the country. That is why the next two weeks only eight entities at high risk or orange.

The eight entities that will remain in orange are Oaxaca, State of Mexico, Mexico City, Morelos, Puebla, Tabasco, Yucatán, and Querétaro. However, Querétaro is at risk of turning red due to the increase in infections.

“Orange has a wider range, so we put the states with the highest score, which are those within this level that was a little closer to having a maximum level, red than to continue decreasing,” said Cortés. Alcala.

The director of Health Promotion also mentioned that three entities are in the green: Sonora, Chiapas and Campeche.

In that sense, he said that even if an entity reaches the green level, the risk continues and health recommendations must be followed to reduce infections, such as healthy distance, use of face masks, label sneezes, constant hand washing.

The Federal Ministry of Health reported this Friday 709 new deaths linked to Covid-19 in Mexico, bringing the total number of deaths to 193,851. The number of new confirmed cases, reported by the agency, was 6,743 in the last 24 hours, for a cumulative of 2 million 157 thousand 771.

During the daily technical report on the advance of the virus in Mexico, Ricardo Cortés Alcalá, general director of Health Promotion, indicated that it is estimated that about 2 million 352 thousand 147 people have been infected in our country, of which 2% represent the active epidemic, that is, 46 thousand 291 people.

He pointed out that at least 1 million 696 thousand 739 people have recovered from the virus, in addition to the fact that this week the positivity of cases was 26 percent.

The Health Services of Oaxaca (SSO) reported that the entity reached 42 thousand 246 accumulated infections of Covid-19 and 3 thousand 045 deaths, so there is an increase of 134 new cases and 18 deaths, compared to the epidemiological report of Thursday.

The head of the Department of Medical Equipment Regulations of the SSO, Nahiely Tapia Peláez, indicated that this March 12, 840 patients with the disease in active stage were counted, that is, people who can currently transmit the virus.

He also detailed that there are a global of 19 thousand 518 people who have tested negative for the condition, four thousand 694 are as suspects and 38 thousand 361 have recovered.

He explained that 49 municipalities with new infections were identified, in the first place there is Oaxaca de Juárez with 36 cases, San Juan Bautista Tuxtepec with 22, Santa Cruz Xoxocotlán with 10, Santa Lucía del Camino with eight and Salina Cruz with five; the rest three, two and a notification. For the first time, a case was recorded in the town of San Andrés Solaga.

The official stressed that this Friday the hospital admission of three patients to the medical network was reported, eight hospitals are at 100%, for a total of 298 occupied beds and 301 available, out of a global of 599.

Finally, he recalled the importance of constantly washing hands with soap and water, the correct use of face masks, avoiding crowds, and staying home if possible, to avoid the increase in infections, he also asked the population to call in case of an emergency to 911.