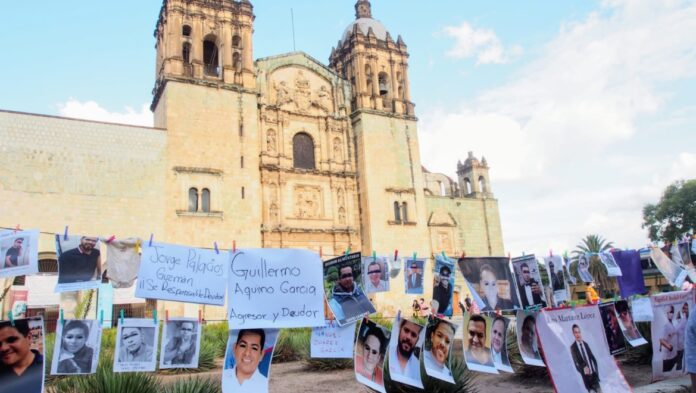 In Oaxaca, the registry of child support debtors will be public. This Wednesday the local Congress approved the opinion establishing that the Civil Registry must integrate the registry of people who fail to comply for thirty days with the alimony 一 provisional or definitive 一 ordered by a judge or established through a judicial agreement, and You must publish it on the official electronic portal.

Said registry will contain the name of the delinquent support debtor, his Unique Population Registry Code (CURP), his photograph, the number of defaulted payments, and the amount of the child support debt.

The reform to articles 100, 336 Bis, and 411 of the state Civil Code, promoted by the deputy Elisa Zepeda Lagunas, also establishes that the Civil Registry Office must enter into agreements with financial entities to provide information on the people who are registered, with the objective that it is taken into account for the granting of credits.

The new legal framework establishes agreements with public entities and municipalities; points out that in order to enter into public contracts as a State provider, it will be required to present a certificate, issued by said entity, in which it is informed whether or not a person is registered in this list.

The same for accessing marriage and adoption. The petitioner deputy argued that this requirement does not represent an impediment to marrying, but rather allows future couples or spouses to have knowledge of the fulfillment or non-fulfillment of their maintenance obligations, and based on that information they can decide freely and autonomously for the marriage.

The approved opinion establishes that the judge must report on the delinquent support debtors to the Public Ministry and the Financial Intelligence Unit through the Ministry of Finance and Public Credit.

The cancellation of the registration in the Registry of Delinquent Child Support Debtors will proceed only when the debtor shows before the judicial authority that he has fulfilled his maintenance obligation.

The promoter of this reform in the local Congress, Deputy Elisa Zepeda Lagunas, celebrated this fact, since from now on Oaxaca will have more effective legal tools, to guarantee the right to food in attention to the best interests of children. and the right of maximum protection.

However, the lawyer and promoter of human rights for women and children, Alma Bautista Ramos, considers that this reform is a media achievement since it does not contemplate severe penalties for debtors.

In a brief interview, he recognized the will to legislate on a problem with the thousands of women living in the country. However, it states, “severe sanctions and not lukewarm regulations had to be implemented, which when integrated into the legal norm end up becoming a dead letter or a path to impunity that has so damaged the rights of independent mothers and children.”

Among other points, it mentions that the information of the debtors must be registered in the credit bureau so that they cannot be subject to any credit and if they handle credit cards, either bank or departmental, they must also be canceled.

The approved reform will take effect after its publication in the Official Newspaper of the state of Oaxaca.