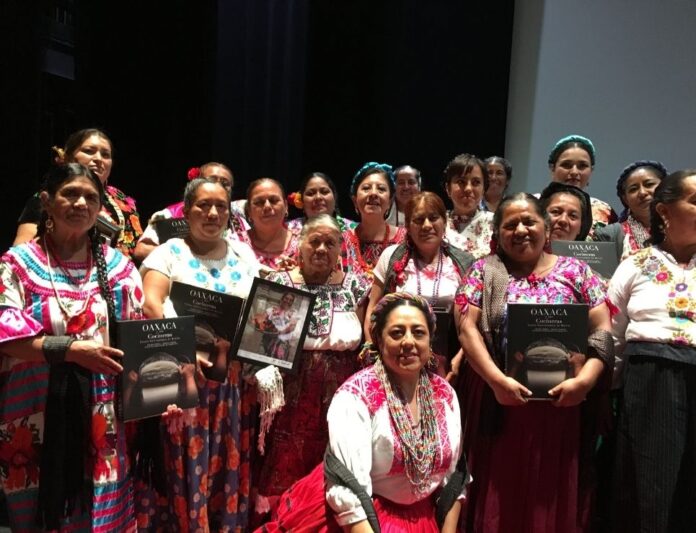 Chef Celia Florián and Rosario Cruz will go to Asturias, Spain, to receive an award dedicated to all the traditional cooks of Oaxaca.

Chef Florian Celia and Rosario Cruz will be the representatives of Mexico in FéminAS, the first international gastronomic congress will honor the guisanderas and traditional cooks of the world, this September in Asturias, Spain.

From September 13 to 15, the first International Congress of Gastronomy, Women and Rural Areas will make visible the work of ancestral cooks from different parts of the planet. Mexico will have as ambassadors the Oaxacan chefs Celia Florián and Rosario Cruz, who will receive the Guardians of Tradition award, on behalf of the  Association of Traditional Cooks of Oaxaca. The cooks who speak for everyone

In an interview, chef Celia Florián assures that the award is for all the women of Oaxaca who have devoted their lives to cooking.

I will have the great honor of going to receive the award in Spain, but the truth is that it is not mine: it belongs to everyone. What the cooks do is beautiful and majestic; That they celebrate it in another part of the world speaks of how well they are doing it. They are women who seek to save very old knowledge with a lot of love, what better way to be recognized for it ”, says chef Florián.

According to her account, both she and chef Cruz –who is a native of the Papaloapan region, in Oaxaca, and specializes in a preparation of the area called roasted cochinita– will have the opportunity to show a little of their local cuisine only in one of the various dinners that will take place during those days. That is why they had to choose well what the recipe would be. After discussing it, they decided that it would be a small mole tasting, as well as a chocolate grind to share as a drink with the attendees.

How to witness the award ceremony?

Luckily for those of us who will not be able to accompany them in Asturias, the congress will be broadcast on live social networks. It will be enough to be aware of the digital platforms of  Vocento, the Spanish publishing label behind this initiative, to be able to closely follow everything that happens at the event.

Nothing more exciting than seeing Mexican talent and heritage triumphing in other parts of the planet!