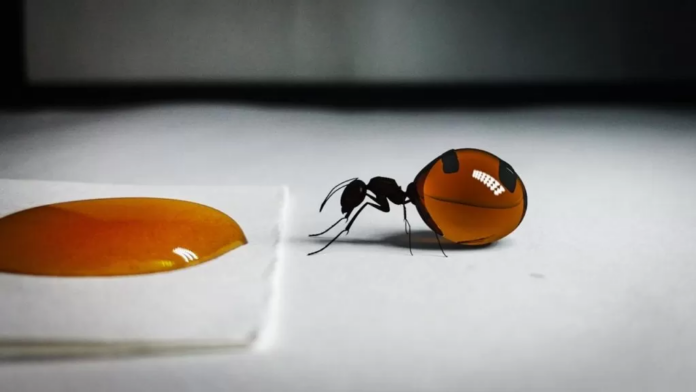 These ants produce a curious honey that is traditionally used as medicine.

The immense diversity of Mexican ingredients never ceases to amaze; although some are true rarities. This is the case of the curious amber liquid produced by the “myrmecocystus mexicanus“, colloquially called “honey ants”. Believe it or not: there are ants in our country capable of producing and collecting honey.

In our country, they are present in places such as Hidalgo, San Luis Potosí, Veracruz and Oaxaca, where there are hot climates and, in certain regions, food shortages for these insects, which have developed the ability to store nectar in their abdomen and feed with it. to the ants of the colony.

The sweetness of the honey ants can be eaten

It has been recorded that the honey from these ants is carefully collected by different communities in Mexico. It is said to have a very particular flavor, a little fermented, sour, sweet, and simultaneously salty, as if it encompassed all possible spectra. Although it is not common for it to appear in meals and you have not heard of many chefs and cooks experimenting with it.

On the other hand, as reported in this book by Tomás Escobar Herrera, this honey has traditionally been used for medicinal purposes. Escobar writes:

“In Mexico, cultures such as the Nahua, the Zapotec, the Mixtec and the Mayan, among many others, have used a great variety of insects to alleviate diseases […] In the case of ant honey, it is used in the treatment of otitis, infections in the mouth and to control fever in children. ”

And you, did you already know honey ants?