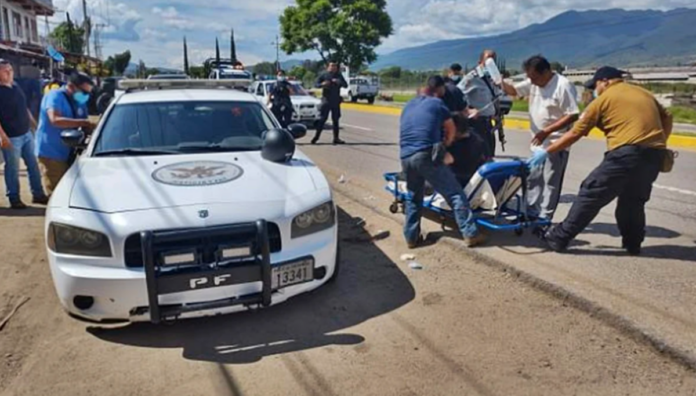 The state governor, Alejandro Murat Hinojosa, recognized the National Guard as a “solid institution” and said that if any element of it fails, this is due to “a personal and isolated case.”.

This Wednesday it was reported that two active National Guard agents, who used their patrols to kidnap, were arrested this afternoon in the municipality of Etla, Oaxaca, according to a report from the security cabinet.

Derived from the investigations into the illegal deprivation of liberty of a young man, the Specialized Unit for the Fight against Kidnapping of Oaxaca captured one of the national guards during a confrontation with state agents in San Pablo Etla, in which the element was injured. federal and two from the State Attorney’s Office.

The member of the agency, who died later, was secured the patrol under his charge, as well as other objects, according to the report.

A young man kidnapped: they asked for ransom of 200 thousand

Minutes later, the state investigating police of the Oaxaca Prosecutor’s Office located a safe house located in the jurisdiction of San Pablo Etla, where the kidnapped young man was released and the second national guard was detained, who was also secured by the patrol. with number 9841. According to the report, the elements of the National Guard asked for 200 thousand and a truck for the freedom of the young man, kidnapped when he was going from Mihuatlán to Huajuapam de León, Oaxaca.