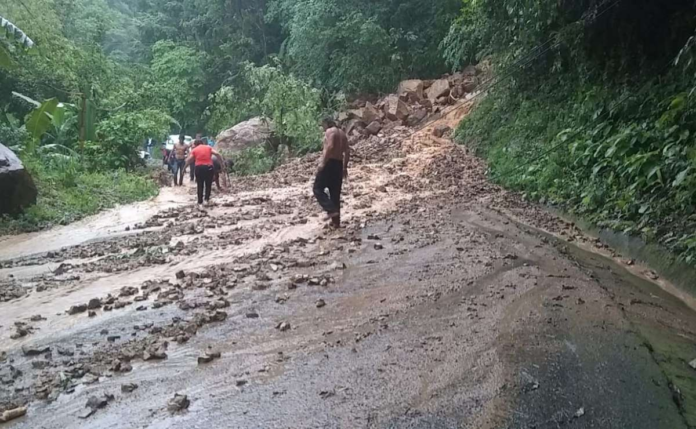 OAXACA: The entity faces the onslaught of two low-pressure areas, which although they have low cyclonic potential, will continue to cause moderate to heavy rains in regions of Oaxaca

The intense rains that have hit the state since last Friday have damaged federal communication channels, for which circulation has been suspended until further notice.

According to the State Coordination for Civil Protection of Oaxaca (CEPCO), due to the heavy rains that have hit the state, last Monday, June 14, the traffic of vehicles was suspended on federal highway 190, which communicates to the city of Oaxaca with the Isthmus of Tehuantepec, at the height of San Pedro Totolapan.

It is the same road and the same section that was affected almost a month ago when the heavy rains caused a landslide and the closure of the federal highway at the height of this municipality of the Central Valleys.

In addition, CEPCO also reported that authorities are continuing to work on restoring access to federal highway 175, kilometer 220, which was also affected by the rains. This road connects the state of Veracruz with the Coast of Oaxaca.

Previously, Civil Protection of Oaxaca announced that the rains caused a landslide that blocked the passage between the communities of Candelaria Loxicha and Copalita, for which he asked passers-by to drive with caution.

According to official information, at this time the entity faces the onslaught of two low-pressure areas, which although they have low cyclonic potential, will continue to cause moderate to heavy rains in regions of Oaxaca such as the Papalopan Basin, Sierra Norte, northeast of the Isthmus of Tehuantepec, Sierra Mazateca (Cañada) and of variable intensity in the Sierra Sur, the Mixtec coast and the lower part of the Cañada.

Given the presence of these low-pressure systems, one in the Pacific Ocean and the other in the southeast of the Gulf of Mexico, CEPCO recommended not to try to cross rivers and streams; do not drive in flooded areas, and identify the level of vulnerability of your home to a storm, and if necessary evacuate the site and move to a safe area.