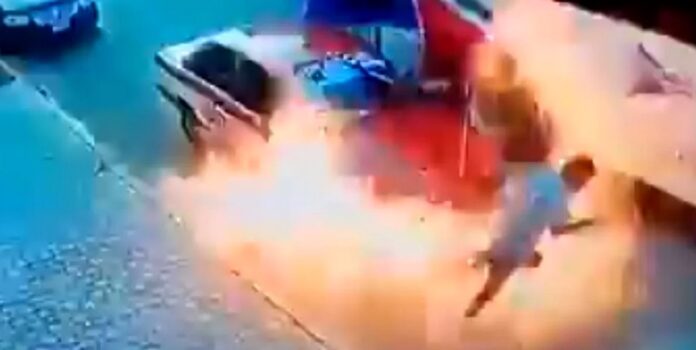 A video circulating on social networks shows the moment in which a taxi catches fire in the municipality of Santa Cruz Xoxocotlán, Oaxaca. The driver can be seen opening the hood (with the car’s engine running), and suddenly the flames engulf him, he runs away with evident burns and leaves three passengers inside the unit.

According to local media, a pedestrian tells the taxi driver that the unit was spilling liquid, probably gasoline. The driver stops the vehicle to check it out, and opens the Nissan Tsuru’s hood with the engine still running, in one second, flames come out of the motor and from underneath the vehicle.

Seconds later, the women who were in the back seats also run to safety.

A man from a nearby business approached the scene of the accident with a fire extinguisher to help put out the fire, which he quickly managed to contain.