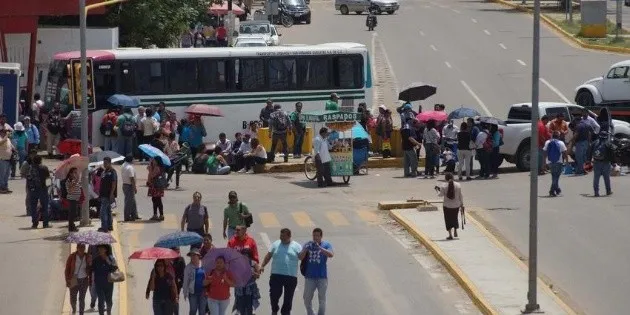 Oaxaca. This Tuesday began with a series of protests and blockades.

Eventual UABJO workers took over Ciudad Universitaria, the above in protest of the lack of salary payments.

They explained that, since March, they have not paid about 75 workers.

They indicate that if they do not receive their payment, in the next few hours they could radicalize their protest actions, which include the closure of spaces designated for vaccination within the UABJO.

On the other hand, there is a blockade towards the archaeological zone of Monte Albán, this by settlers from San Pedro Ixtlahuaca.

The protesters demand that their municipal president, Manuel Duarte Pérez, pave the road to the Las Monjas neighborhood, as he would have promised.