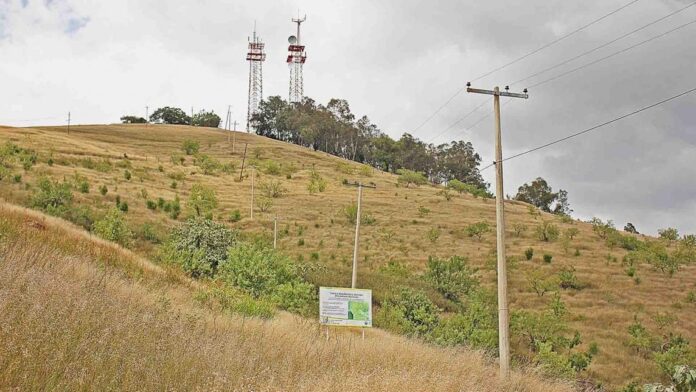 Carlos Alberto Morales, a member of the civil association Colmillo Blanco, reported to the Human Rights Ombudsman of the People of Oaxaca (DDHPO) threats and attacks by alleged landowners in Cerro del Crestón in the Oaxacan capital.

He said that in recent days they have carried out reforestation in that area, in addition, he stressed that there cannot be owners of these lands because they are protected areas.

The environmentalist requested that precautionary measures be taken to guarantee that they will continue to be protected areas and so that they can continue reforesting, as well as working without any type of aggression.

Carlos Morales denounced that his alleged attackers have trampled on the work they have done together with the residents of Lomas del Crestón, Loma Linda, and the ISSSTE.

He added that the residents are close to submitting the complaint to the Oaxaca State Attorney General’s Office (FGEO) since they are the most affected because they live with these people.

He mentioned that they will stop doing these reforestation actions when the alleged owners show the property titles to verify that these lands are theirs.

It should be remembered that during 2020 the president of Colmillo Blanco stated that the natural areas of the capital are being invaded, for which he requested that a surveillance camp be established by the National Guard.

On that occasion he denounced that there were machines that are beginning to build houses, in addition to the fact that in Cerro del Fortín, “the urban area has already reached the middle of the hill and it is worrying that this continues to be repeated.”

Likewise, he suggested the implementation of programs to reforest and preserve the species of flora and fauna that exist in natural areas such as the hills of Crestón and Fortín.

“This is a request that we are making on behalf of all the residents of Oaxaca because we are interested in nature and the future of our children being a guarantee from now on,” he finally said.