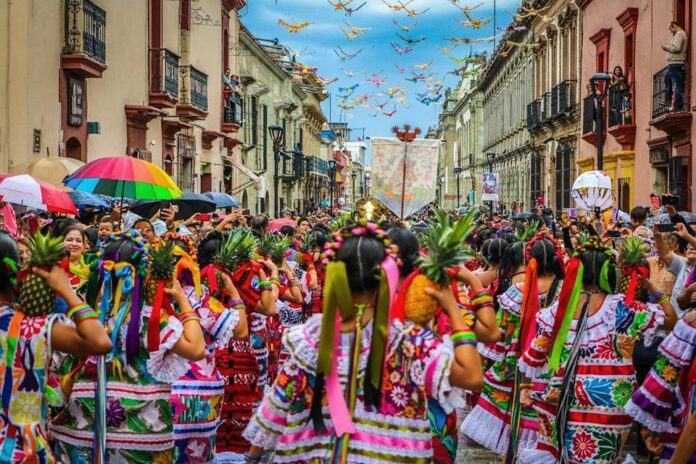 Sectur reported that Oaxaca is once again nominated, now in four categories, in this contest that recognizes the excellence of the travel, tourism, and hotel sector

Oaxaca de Juárez.— For the second consecutive year, Oaxaca appears on the list of Oscar-nominated destinations in the tourism industry: the World Travel Awards.

The Secretary of Tourism of the State Government (Sectur Oaxaca) reported that the Oaxacan entity is once again nominated, now in four categories, in this contest that recognizes the excellence of the travel, tourism, and hotel sector.

On this occasion, one of the main destinations in the Coastal region is also among the nominations: Puerto Escondido, in the Leading Destination in Adventure Tourism category in Mexico.

The selection of the winning destinations is through a vote in which the professionals of the tourism industry from all over the world participate; people who travel through the nominated places and the general public.

In this way, the Oaxaca Sectur invites the Oaxacan citizens and the tourism sector of the state to cast their vote in favor of the entity through the page https://www.worldtravelawards.com /

With these nominations, he emphasized the dependence, the natural attractions of Oaxaca, its gastronomic, cultural, and historical wealth, are recognized by one of the world organizations of decorations for tourism excellence with the most prestige and greater coverage in the world sector.

Last year, the state also received the distinction of the World Travel Awards with the different nominations for the city of Oaxaca and with the vote of people from different parts of the world. On that occasion, it was awarded in the category of Best Leading Urban Getaway Destination in Mexico and Central America.

Huatulco to continue at an orange traffic light till September 20th

Oaxaca child support debtors will be made public