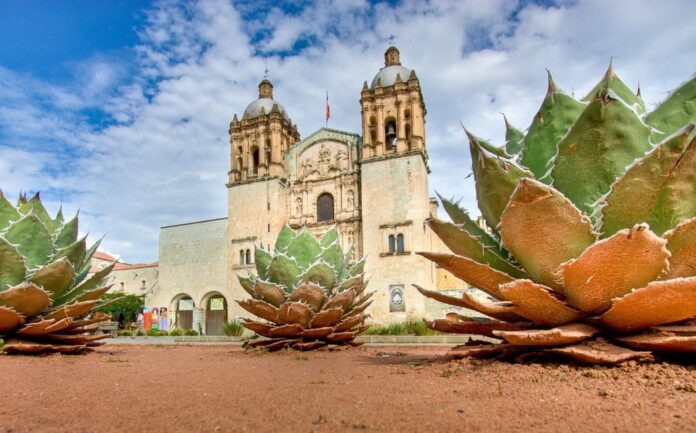 Oaxaca became the first state in the country to position and georeference its gastronomic and artisan culture.

Oaxaca became the first state in the country to position and georeference the gastronomic and artisan culture of its main destinations with the support of Google Mexico.

The use of the application has the purpose in addition to promoting the economic recovery of Oaxaca, in the face of the covid-19 pandemic and part of a strategy called “From Mexico with love”, which is agreed by the government of Oaxaca and Google Mexico on which includes the creation and positioning of high-quality recommendation lists in the search engine by specialized publications such as Where to Go and Time Out, which include georeferencing so that users can locate them more easily.

“Not only now that we are facing the health contingency, but from the beginning, in my government, we have been working on the digitization of services as a fundamental tool for economic growth and development. These tools today contribute to the reactivation of the economic sectors of our state, which according to Inegi leads in sectors as important as construction, manufacturing, and retail trade ”, said the governor.

It should be noted that the lists of the project “From Mexico with love” are based on the Community Feed function – feedback from the community – and highlight the best exponents of gastronomy, culture, recreation sites, and other attractions of the entity. The State Secretariat of Economy, in charge of managing the project, informs that the Local Guides will be able to join this effort with their reviews, photographs, and in-depth knowledge about the unique places in the state of Oaxaca and the traditions of our peoples and communities.

“We are very happy to have allies as important as Google in the effort to reactivate the economy in key sectors such as tourism and hotels,” said the Secretary of Economy, Juan Pablo Guzmán Cobián and reported that Oaxaca is the first state in the country in positioning and georeferencing its main tourist destinations, places of interest, handicrafts and gastronomic offer through this alliance with the Internet Giant.

Likewise, he said, the visual materials raised for the promotion of the listed establishments did not generate any cost for Oaxacan businessmen, since the Ministry of Economy was in charge of their management; thereby consolidating a win-win relationship between Google and the entity’s service providers.

Guzman Covian also recalled that Oaxaca already has, on the part of the Mexican Institute of Industrial Property (IMPI), the first Geographical Indication of Mexico, which will protect them from any attempt to imitate, theft, plagiarize, or pirate local crafts.

The Secretary of Economy of Oaxaca (SE) Juan Pablo Guzmán Covian, reported that the state government together with organized artisans from the municipalities of San Martín Tilcajete; San Pedro Taviche; Oaxaca de Juárez, and the municipal agencies of San Antonio Arrazola and San Felipe Tejalápam; requested the Mexican Institute of Industrial Property (IMPI), the issuance of a Geographical Indication (GI) that today was published in the Official Gazette of the Federation (DOF).

Geographical Indications differentiate and give value to the products that they distinguish, every time consumers can know the origin and prestige of a product.

Protected GIs tend to belong to the most developed regions of the world, and there are also many in developing areas that possess them. Among the most famous and recognized we find: “Roquefort” French cheese, “Café de Colombia” for coffee, “Chulucanas” ceramics from Peru, “Thai Silk” from the Khorat plateau, Thailand, and “Rioja” wine from Spain.

Juan Pablo Guzmán reported that even before the request, there were many complaints about theft and plagiarism of identity of Oaxacan crafts, mainly by China, which stole the models to mass-market the pieces and resell them in the national market, but with a poor quality or there are cases of foreigners, they take the handicraft models and patent them elsewhere ”.

Guzmán Covian affirmed that with the distinctive authorized by IMPI the handicrafts of Oaxaca will have a greater added value so that when they intend to be exported, they obtain a certificate of designation of origin so that they can be subject to sales in the global market ”.

He explained that with the instrument, the artisans who make wooden pieces, called alebrijes, will also obtain greater remuneration and prestige in the world for their works that will be protected and recognized worldwide under this scheme.

He advanced that they work in the same way with textiles, with handcrafted works of black and red clay so that they also get to obtain their industrial protection registration before the IMPI within the brand