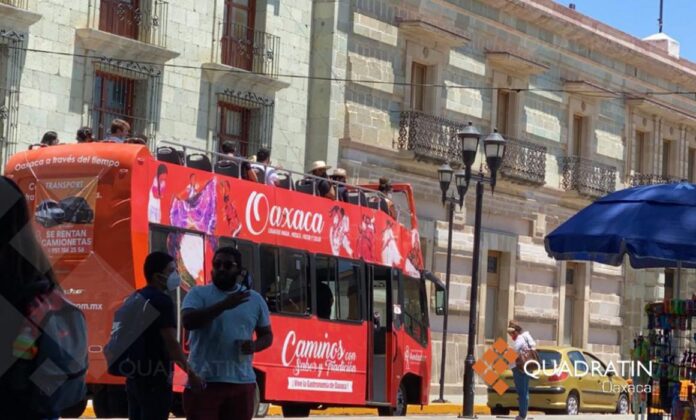 OAXACA.- The Oaxaca Tourism Secretariat (Sectur) reported an increase of 6 points in the hotel occupancy projection for Holy Week, for which it estimated the arrival of 134,105 visitors and an economic benefit of 562 million pesos.

Until last March 25, the head of the agency, Juan Carlos Rivera Castellanos, reported that, in the holiday period from April 29 to 11, they estimated a general hotel occupancy of 30% with a spill of 481 million pesos, without, however, this weekend the hotel sector reported an increase in reservations with the change of yellow in Oaxaca.

In this sense, the Sectur detailed that in the three main tourist destinations, it is expected, in the first week, from March 29 to April 4; the arrival of 73 thousand 353 national tourists and 3 thousand 823 international; the average hotel occupancy of 40% and an economic income of 318 million pesos.

For the second week of Easter, which is contemplated from April 5 to 11, the arrival of 54 thousand 354 national tourists and 2 thousand 574 foreigners is calculated, representing an average hotel occupancy of 32% and 244 million pesos in economic income.

Since this weekend, the arrival of visitors by land and air to the different tourist destinations in the state has increased. The Secretary of Tourism, Juan Carlos Rivera Castellanos, called on those who visit Oaxaca to vacation responsibly and comply with the established sanitary measures.