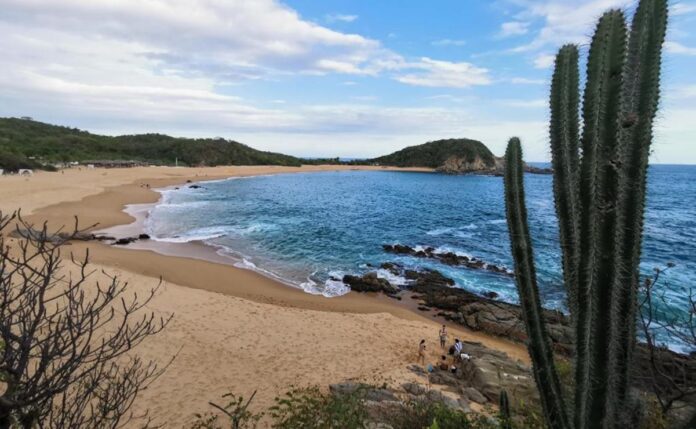 The organizations pointed out that it is very serious that until these days rivers such as the Atoyac and Salado continue to succumb to the discharges of sewage.

Oaxaca de Juárez.— The members of the Colectivo de Organizaciones Ambientalistas de Oaxaca (COAO) questioned the public policy of the state government to protect and conserve the environment; They also warn that the entity may lose its status as the most biodiverse state in the country.

In a letter addressed to Governor Alejandro Murat, they indicated that it is very serious that rivers such as the Atoyac and Salado continue to succumb to sewage discharges to this day.

They also pointed out that more than 40% of the forests and vegetable bark have been lost due to irrational overexploitation. “Every day there are dozens of trucks known as troceros that run out of the Sierra Sur without mitigation measures.”

Additionally, they mentioned that there are more than 20 thousand open-air solid waste dumps in the state, more than 50% of the mangroves on the Oaxacan coast have been damaged due to unsustainable tourist activity, as well as the lack of coordination between agencies. of the three levels of government that should defend the environment.

“Environmentalists today are concerned, not only by the adverse conditions they present with the alteration of climatic cycles and degradation of the natural environment, we feel surprised by the wrong environmental policy of its administration, without official strategy and application of the law without I distinguish that it faces the exposed problems ”.

In the document, they reminded Murat that Oaxaca is the most biodiverse state in the country, but due to the omission, social apathy, and lack of capacity of public officials in the environmental sector, the state is rapidly losing that category.

After the resignation of the head of the Secretariat of the Environment, Energy and Sustainable Development of Oaxaca (Semaedeso), Samuel Gurrión, they asked the state president to no longer experiment with officials “lacking in capacity and love for Oaxaca.”

The environmentalists said that the environment demands justice and deserves competent officials in this “ancestrally forgotten” issue and not to occupy the ownership of Semaedeso to use it as a “political springboard.”

“Today you have the opportunity to compensate the damage generated, appointing someone in Semaedeso who contributes to achieving a better environment in accordance with current laws, it is irrelevant to appoint people who seek to develop functions outside the norm to help and who are normally identified as having unsustainable businesses such as gas stations (José Luis Calvo Ziga, former head of the agency) or hotel complexes (Samuel Gurrión) built on weak ecosystems ”.