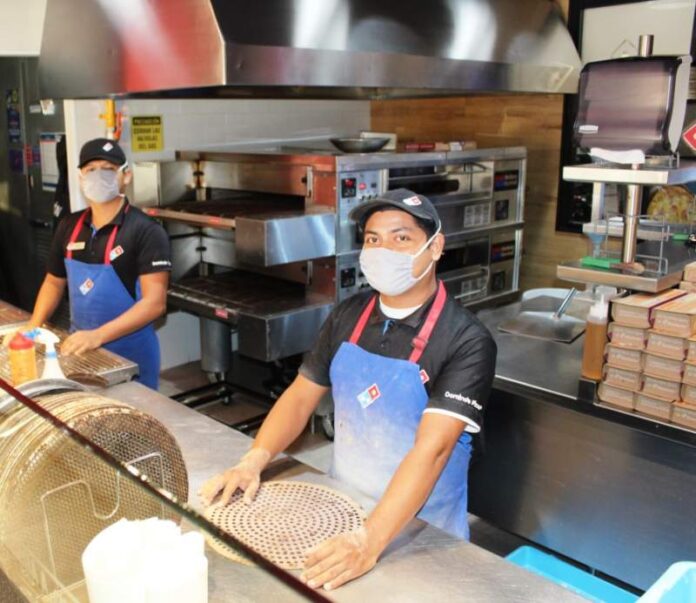 In 2020, when so many companies went bankrupt, it was difficult to continue. Its social responsibility has helped make Domino’s Pizza Huatulco a very well-appreciated company in this destination.

Oaxaca.- Without a doubt, the pandemic has brought with it, in addition to the effects on health, also on the economy. Extremely difficult to get ahead in the stages of total and partial closure, as well as the restriction in schedules and all the measures, which for the good of all had to be carried out.

We saw how many businesses could not sustain themselves and had to close their doors. Only businesses that had sufficient funds or those that had to apply efficient strategies to survive and survive survived.

Domino’s Pizza Huatulco immediately saw fit to establish very strict protocols, through the supervision and direction of its general manager, Lic. Francisco Chávez. But also with the support of their managers, they had gestures that those who received details of that company will never forget, which should be noted is a franchise, and therefore the efforts they make are decisions of a manager and not of a large international structure, but rather there are owners who have a good heart, have principles of solidarity, apply human values ​​and that is how they perform noble actions, which are undoubtedly well appreciated in this tourist city.

As a great and noble memory will remain, when 20 large pizzas were delivered, for the IMSS personnel who work at the General Hospital of Subzona with Family Medicine No. 41, located on Boulevard Chahué, in the Bahías de Huatulco and that was a Donation that was kind enough to use Domino’s Pizza Huatulco, as a very significant encouragement for the medical personnel who were working in that month of May 2020, in the so-called “first line”, for being having a high-risk exposure in their life and his health, for being caring for Covid-19 patients.

But Domino’s Pizza Huatulco has always had support events for its own staff, such as internal sporting events, in which its staff participates and which are to promote physical health and good habits, for comprehensive health, which is organized by the Huatulco Branch General Manager, Lic. Francisco Chávez, who also organizes the delivery of pizzas to low-income children on Children’s Day, an activity that could not be carried out last year, due to the pandemic and that this year did not We know if it can be done, but if it is possible, they will do it with a lot of love, due to the gratitude that this company shows with concrete actions, for the preference and acceptance of the public.