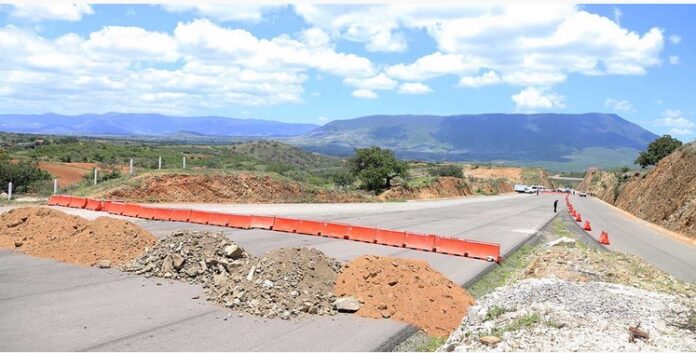 Agrarian and municipal authorities of San Vicente Coatlán agreed to suspend the construction work of the coastal highway at kilometer 122 of the Oaxaca-Huatulco section, to demand attention to their agrarian and justice demands.

Through a letter addressed to President Andrés Manuel López Obrador, the Interior and the government of Oaxaca demand to stop the aggressions by their neighbors of Villa Sola de Vega.

Likewise, they make known the constant aggressions that have been registered in the zone free of the agrarian conflict, such as; theft of cattle, attacks on community members with rearms who take care of their animals and grow their crops for consumption, among others.

They recall that for more than a decade they have suffered the murder of 32 community members who have lost their lives in ambushes and one disappeared, added to the destruction of their crops, trees, and the generation of res.

They indicated that in recent years they have collaborated to generate a better development of communication routes in the area, but they have determined to cancel the works until there is a solution to their requests.

THEY POINT OUT IRREGULARITIES

The members of the Ejidal Council and municipal authorities of San Vicente Coatlán demand a solution to the agrarian conflict, due to all the irregularities that were generated in the procedure before the Unitary Agrarian Court number 21, based in Oaxaca de Juárez, Oaxaca.

In addition to requesting the cancellation of the authorization for the construction of a dirt road gap, located in the place called “Cerro del Sol y el Guayabo”, in the conflict zone and to stop the felling of trees in the area.

They are asking for conditions to avoid further fires caused by pressure groups and armed groups from Villa Sola de Vega and constantly generated within the boundaries of the land,” as in the last fire a few days ago in the Loma Lama, Barranca El Chorrito, Palma Cuache, Llano de Canela and Lachitega areas”.

Meanwhile, they urge to punish the aggressors of the affected community member with a firearm who was caring for and grazing their animals, when the fires were caused in the free zone.

Learn about the Magical Towns of Oaxaca, a place close to heaven