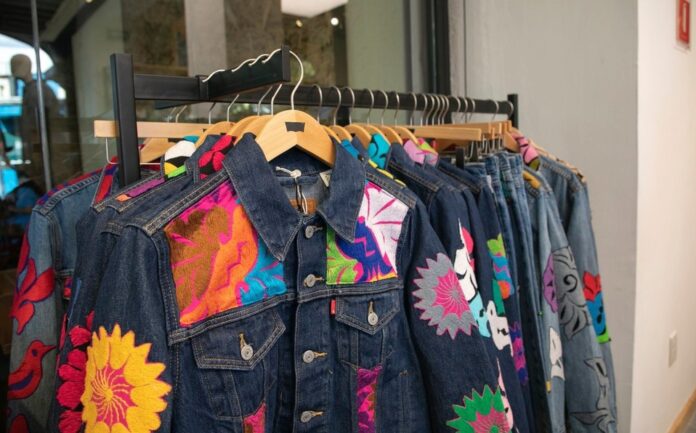 A group of women accused that the company appropriated original elements without their authorization.

A group of artisans from the Mazateca area, in Oaxaca, accused that the Levi’s México company appropriated designs and hand embroidery that they used to launch their winter collection.

Through social networks, those affected demanded the intervention of the federal and state governments to sanction the abuse committed by the clothing company, as they indicated that they committed a cultural appropriation by replicating their designs without giving credit to the artisans who embroidered the pieces. in his collection “Draco”, which was presented on November 13.

The artisan collective, called Las Mujeres de Texturas de Oaxaca reproached that Levi’s and other businessmen made invisible the people and communities who embroidered the products offered by the store.

It should be remembered that in August of this year, the Oaxaca Congress approved the amendment to the fourth paragraph of Article 16 of the local Constitution with the aim of preventing plagiarism of the designs of the Oaxacan collective culture.

With the reform, it was approved to punish the looting of the tangible and intangible cultural heritage of indigenous or Afro-Mexican peoples and communities, protecting collective intellectual property and the elements that comprise it.

However, peoples from various regions and ethnic areas of Oaxaca have accused foreign designers who, despite the laws, continue to plagiarize graphic elements and patterns representative of their identity, therefore, they have requested protection from the Mexican authorities.

In addition, the group of Las Mujeres de Texturas de Oaxaca  also expressed their dissatisfaction with the federal government because they were not allowed to participate in the event called “Original”, which will take place from November 18 to 21 at the Los Pinos Cultural Complex, Ciudad from Mexico

The women indicated that there was no public call for artisan collectives to present their work and participate in said meeting.

Meanwhile, indigenous groups and activists condemned that the Oaxaca city council had allowed the installation of a Levi’s store in the historic center area, when, previously, the plastic artist Francisco Toledo demonstrated against the installation of a McDonald’s store. and this time all the facilities for the clothing store were granted.

For her part, Fernanda Barbosa, president-elect of  Jalapa de Díaz, asked the population to defend the embroideries of plagiarism by transnational companies.

“The birds and the flowers are characteristic icons of the embroidery of Jalapa de Díaz, where the mythical nature of our environment is expressed,” he wrote on Facebook.

“The predominant economic activity in this municipality has crossed borders and has even reached the big screen, as in the case of the  Disney movie

For this reason, he rejected the way in which Levi’s “arbitrarily” claimed the identity, history and clothing characteristic of the Mazatlecos of Jalapa de Días.

“I call upon the artisans and artisans, indigenous women and youth of our municipality, to accompany me at the monument to the Mazatec woman, (…) and make a statement to demand the Levi’s brand, for the inconsideration, violation and appropriation of cultural heritage rights “.

Faced with the claims for the plagiarism of indigenous designs and embroidery in the Mazateca area, the Levi’s store in the historic center of Oaxaca was ordered to close, justifying that an inventory would be carried out.