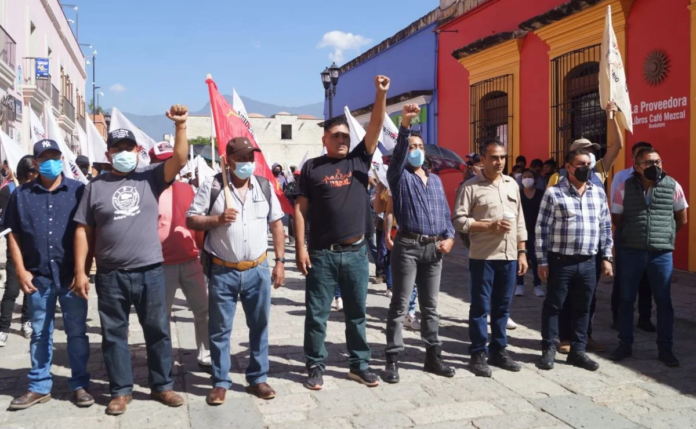 Social organizations led by the Union of Oaxacan Artisans and Merchants in Struggle ( UACOL ) demonstrated with a march to protest against the withdrawal of at least one hundred street vendors from the first square of the city, by order of the City Council of Oaxaca de Juárez.

The contingent left from the esplanade of the Temple of Santo Domingo de Guzmán, in order to pronounce against the mayor of Oaxaca de Juárez, Oswaldo García Jarquín, who ordered an eviction operation against the street vendors last Sunday.

It is worth mentioning that the mayor ordered the cordon off of the city center to prevent the establishment of informal commerce since last July, which has caused the disagreement of the vendors.

As they passed, the protesters removed the metal fences that cordon off the main streets of the city, while in social networks, users denounced the intimidation of merchants towards passers-by.

Meanwhile, upon arrival at the Plaza de la Danza, where the historic building that protects the City Hall of the state capital is located, they painted and confronted municipal police, demanding a dialogue table with the municipality.

For his part, the mayor has announced that the operation against street commerce will not end until his term ends.