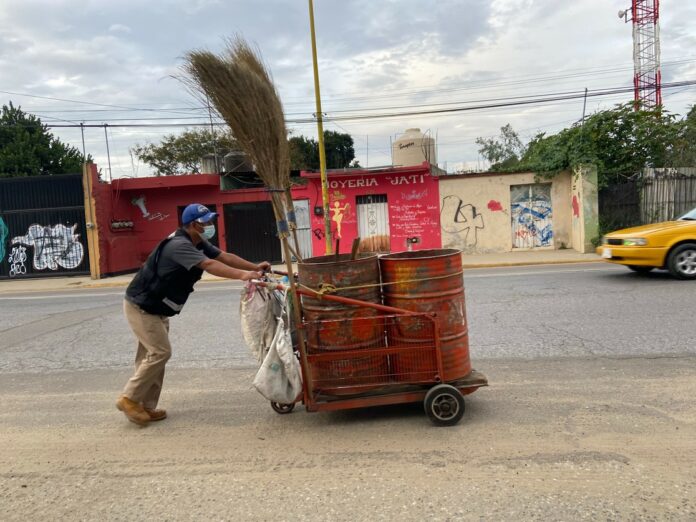 This Thursday night concluded the work stoppage that members of the March 3 cleaning union of the city of Oaxaca began last Monday due to the lack of responses to the request sheet which is made up of 15 points, reported its leader Pablo Gómez Vásquez who pointed out that the conflict has not yet been settled.

He explained that although the union members agreed to return to work, this was agreed as a gesture of goodwill on the part of the rank and file, since the proposals were presented by the municipal president, Oswaldo García Jarquín, did not satisfy their members.

And it is that after demanding a dialogue table for 4 days, the more than 1,500 members of the union considered the answers to be insufficient, especially the main ones, which are the payment of the pension fund to which around 18 million pesos, also regarding the delivery of uniforms, settlements, among others.

“We are returning to work not for the municipality, but for the commitment we have with the citizens,” said the leader, because during the week of work stoppage they received support from the citizens in this fight, otherwise, they would maintain the strike longer.

He indicated that it is necessary to continue the work tables with more municipal authorities in the coming days and thus respond to the list of demands, otherwise, the work stoppage by the union will be reactivated.

Workers restarted garbage collection the same night this Thursday and early Friday throughout the state capital.