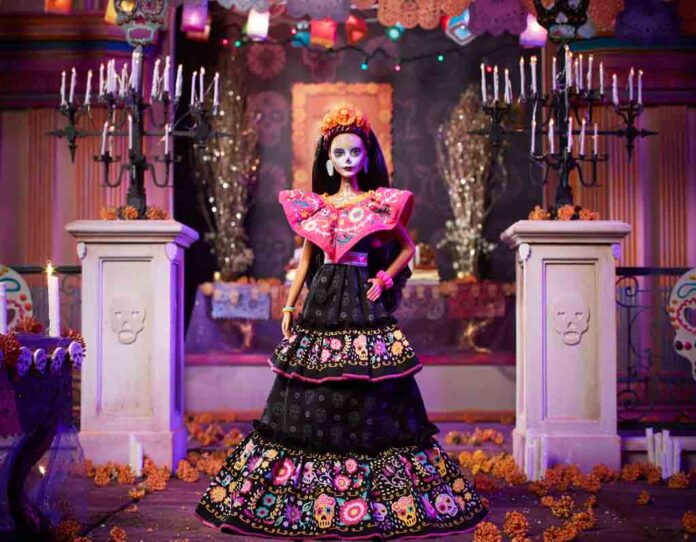 As it happened in 2019 and 2020, Mattel is celebrating the Day of the Dead with a limited edition of the most famous doll in the world. Since last week these figures of Barbie and Ken were put on sale, although the last one was practically sold out in all stores.

The official price of this doll is 1,699 pesos and you can already buy it in different online stores, including Amazon Mexico. They are very limited runs, in fact, since last May the 2020 edition was sold out in the store and there was no more inventory, only with external sellers.

Due to its price, this edition has free shipping for all users, but those who have Amazon Prime can enjoy next-day delivery thanks to the subscription. Ken has the same price, and you can follow our advice to monitor Amazon prices so you can get it.

In the images shared by Mattel we can see that Barbie has a black dress with very colorful details, as well as a catrina makeup inspired by the works of José Guadalupe Posada. Meanwhile, Ken wears a charro suit with details alluding to the holidays and his makeup is on the typical sugar skulls.

In recent days the first images of one of the most acclaimed dolls in the world were leaked in now its special edition of the day of the dead 2021.

We know that you are in a hurry to start with the wonderful and Mexican festivities of the Day of the Dead.

And it is that although the cry of Independence still awaits us, in the bakeries we can already find dead bread.

This is a sign that this characteristic season in Mexico is approaching soon,

The most recognized brand of dolls, Mattel, released the first images of this Barbie in commemoration of the day of the dead.

Let us remember that since 2019, the company launched an edition designed in Mexican traditions.

It all came about after the success of the movie “Coco”, which brought our traditions to the world.

For 2020 there was also Barbie Día de Muertos.

However, in the recent launch of this year, Barbie was presented accompanied by Ken dressed as a charro.

Both with catrina and catrín makeup.

Barbie, with a dark complexion and straight black hair. Braided headbands in purple tones and a marigold crown with skulls were added.

It shows large skull-shaped earrings and a long traditional dress in black.

Among its accessories is a belt, a brazalette and slippers.

For his part, Ken is a charro with a suit embroidered with flowers and catrinas. On his shoulder, he wears a serape to match the embroidery on the shirt.

According to the advances made known, both figures will be available through Amazon.

It is from September 17 that they can be purchased for an approximate price of nineteen hundred each.