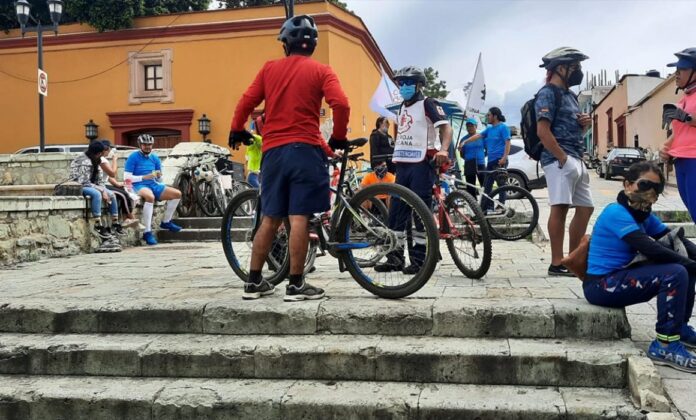 OAXACA. – Cyclists and skaters went out to pedal this Sunday to ask for respect for their transit through the different roads of the city of Oaxaca.

Some members of the Red Cross joined this petition as a significant number of accidents involve cyclists and those who use skateboards.

They mentioned that the use of the bicycle has benefits, however, it is also important that motorists respect them.

For cyclists, they explained that they must wear the helmet, a reflective vest, respect the road signs, which are safety measures.

“It is important to know the regulations of the cyclist so that the use is appropriate,” said Eduardo David Morales.

In the national film, Oaxaca joined leaving the Plaza de la Danza and after walking some streets, they returned to this point.

Of the skaters said that although it is an instrument, they use to practice various sports, they also use it as a means of transport and do not always recognize them as part of the traffic on the streets of the city.

The call was for cyclists not to travel in the opposite direction on bicycle paths and for those who use skateboards, especially on sidewalks, to also respect pedestrians.