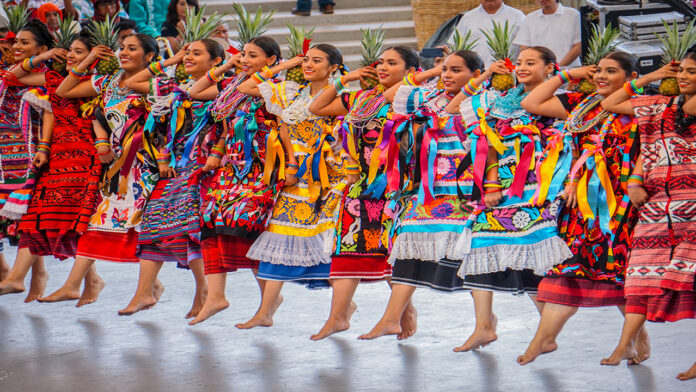 Governor Alejandro Murat Hinojosa reported that the priority is the life of the Oaxacan population.

OAXACA.- For the second consecutive year, the traditional popular festival of Guelaguetza will be canceled due to the covid-19 pandemic.

This was announced this day by Governor Alejandro Murat Hinojosa, who said that the priority of his government is the life of the Oaxacan population.

“There will be no Guelaguetza this year due to the prevention and mitigation measures demanded by humanity at this time due to the pandemic and the priority of my government is the lives of Oaxacans,” he said after presiding over a meeting with the Canadian ambassador to Mexico, Graeme C. Clark.

After announcing that Oaxaca will host the cultural twinning between Mexico and Canada through the “Casa Canada Oaxaca”, a cultural event that will be held in the Oaxacan capital from September 17 to October 8 of this year, Murat Hinojosa also cut short speculation that he will leave the governorship to assume the national leadership of the PRI.

“I am a full-time governor,” Murat said, adding that the PRI is not on his agenda.

After the resounding defeat of the PRI in the last elections where none of the 15 governorships that were in dispute won and, on the contrary, lost five that were governed by PRI members, the name of Alejandro Murat was shuffled to relieve the questioned Alejandro Moreno Cardenas (Alito).

However, Murat Hinojosa, the great ally of President Andrés Manuel López Obrador, stated that he is a “full-time governor”.

In various political columns, it was mentioned that Murat Hinojosa was shaping up to lead the tricolor as a first step in his 2024 presidential bid.

After the president declared, on June 8, that “if you wanted to have a qualified majority, you could reach an agreement with legislators from the PRI, or from any other party, but not many are needed for the constitutional reform,” emerged the figure of Murat as a possible successor of Alito.

The relationship between the president and the governor of Oaxaca has been more than good, visiting the entity on 28 occasions and showing off the advances in its social programs and the interoceanic project.