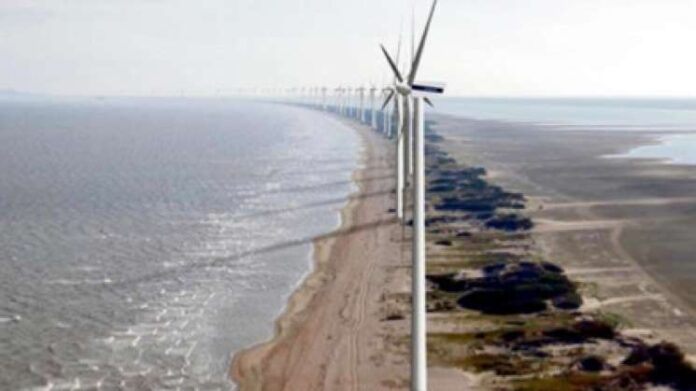 The last municipal president who was elected at the polls was the PRI member Miguel López Castellanos to occupy the position from 2011-2013, exactly a decade ago, but during his tenure a conflict broke out that to this day has repercussions.

Juchitán de Zaragoza — The last time that the inhabitants of San Dionisio del Mar voted to renew their municipal authorities was in 2010 because for a decade the social and political conditions did not exist for the Ikoots inhabitants of this community on the Isthmus of Tehuantepec came out to exercise their right to elect their representatives and at this time, administrations and councils controlled public resources.

The last municipal president who was elected at the polls was the PRI member Miguel López Castellanos to occupy the position from 2011-2013, exactly a decade ago, but during his tenure, a conflict broke out that to this day has repercussions.

On February 29, 2012, the community members of San Dionisio del Mar ignored the mayor after he received 17 million pesos from the Preneal México company for the change in land use for the installation of a wind farm in Barra de Santa Teresa, resources that she did not report to the people.

This triggered that in the next election, in 2013, the disagreeing with the winner burned seven boxes and ended in a controversy in the Superior Chamber of the Electoral Tribunal of the Federal Judicial Power (TEPJF) that annulled the results and ordered extraordinary elections. The same ones were never carried out because the conditions did not exist.

For three years, from 2014 to 2016, the municipality was governed by an administrator .

More than a decade later, the groups that make up the San Dionisio del Mar People’s Assembly, which emerged together with the uprising of the community members to oppose extractive projects and which have held the Municipal Palace since then, joined to contest with several candidates, for the first time competing in San Dionisio del Mar a total of nine applicants.

Antagonistic groups in the town have agreed that after a decade it is necessary that the elections be held in tranquility and that the best candidate wins to achieve order and the development of San Dionisio.

Jorge Castellanos Pino, citizen and writer ikoots, says he is very encouraged to participate this Sunday, June 6 in the election, to end the ambition of the same families that learned to control public resources for a decade, taking advantage of social instability and politics, and keeping the people in total abandonment, without works or services.

“I am glad that there is a range of candidates, the people have to choose from. We hope that finally, after ten years, things will change. May there be peace, may there be a certainty, may the candidate that the majority choose freely and secretly win. For the sake of San Dionisio, to get out of the backwardness it is necessary to go to vote ”.

Return to the ancestral system

On the contrary, Pedro Orozco, from the  Guardianes del Mar group, regretted that after a decade of struggle the State has not allowed San Dionisio del Mar to once again be governed by the Internal Regulatory System and not by political parties, as requested since 2013.

Faced with the new panorama, they invited the people to reason their vote with civility for the best profile and for the winner to commit to not allowing the reactivation of wind projects in the area, which was what caused the instability and division.

“We cannot oppose the elections, but neither do we invite you to vote for X candidate. We ask that the people reason their support and that they vote for the best profile. We maintain the idea that to avoid division it is necessary to return to the system of our ancestors.

Meanwhile, we must regain order and peace, that the candidate who wins commits to declaring San Dionisio del Mar free of megaprojects, “he said.

Christian Tenorio Gutiérrez, executive member of District Board 07 of the National Electoral Institute (INE), was very satisfied with the great will shown by the inhabitants of San Dionisio del Mar to carry out a clean and quiet election, where the more than 4 thousand registered voters come out to cast their vote with the certainty that their voice will be heard after 11 years.

“It is the beginning of the normality of democratic life in San Dionisio del Mar. This Sunday we will hold real and legal elections. The inhabitants are eager to choose because they know that this act brings about development in the community. Whoever is elected will have the great responsibility of maintaining peace and unity in the people ”, the official of the National Electoral Institute explains by telephone.