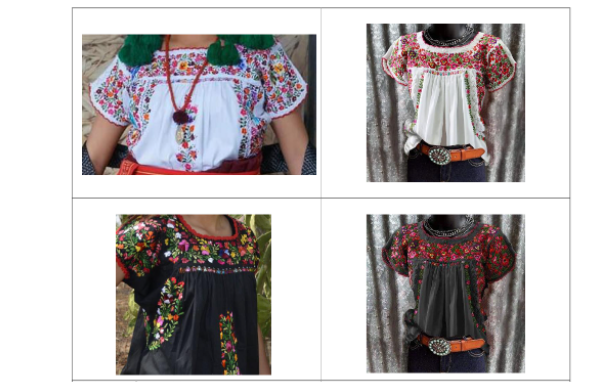 The Ministry of Culture sent letters to Zara, Anthropologie, and Patowl calling for them to publicly clarify “on what grounds a collective property is privatized” belonging to various indigenous peoples.

The Mexican government demanded explanations from the clothing brands, Zara, from Spain, and Anthropologie and Patowl from the United States for using cultural elements of indigenous peoples in their collections, alleging “improper cultural appropriation,” reported the Ministry of Culture.

The institution sent letters to the three brands calling on them to publicly clarify ” on what grounds a collective property is privatized” belonging to various indigenous peoples of the state of Oaxaca, and to indicate what will be “the benefits that will be rewarded to the creative communities.”

“It is a principle of ethical consideration that, locally and globally” requires attention to be drawn and discussed “an issue that cannot be postponed such as protecting the rights of native peoples who have historically been invisible,” say the letters, dated 13 May and signed by the Secretary of Culture, Alejandra Frausto.

In the case of Zara, owned by the Spanish firm Inditex, the claim refers to the so-called Midi dress with a belt that takes elements of the Mixtec culture, specifically the huipiles that are made in the Oaxacan municipality of San Juan Colorado.

How many marijuana plants can I grow in the backyard? Mexican Senate must approve by December 15th

Organized migrant caravan now at 6,000 moves toward the US, surging past Mexican forces (video)