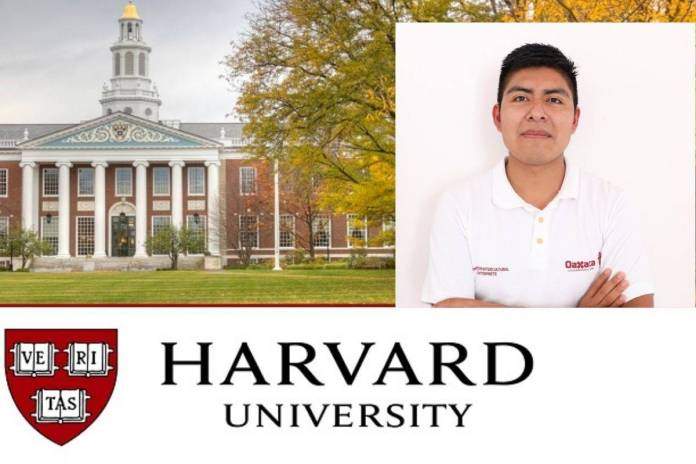 The project of this 23-year-old Zapotec is aimed at supporting other entrepreneurs who do not have a trademark or image, but who are interested in exporting their products to other countries.

Ramiro González shared the news through a message on his social networks: “I am pleased to share with the public that they accepted me into the Crossroads Emerging Leaders Program (CLEP) at Harvard University,” the young man explained that “this program has transformed the life of the first university students in the family worldwide by identifying and fostering the talent to form leaders from their communities ”.

If it is about making dreams come true, the young Oaxacan Zapotec Ramiro González Cruz can say that his own, with effort, has come true. And it is that this young man of proud indigenous ancestry was awarded a scholarship at the prestigious Bostonian Harvard University, in the state of Massachusetts, United States.

From the country in the US to Harvard

Ramiro González is giving something to talk about in Oaxaca, from where he emigrated from the community of San Isidro El Costoche, to become a farmer in the neighboring country to the north and with whose resources he decided to study at the university in his native Mexican state; later, studying at Harvard, the prestigious Bostonian university, became a reality.

Owner of an incredible curriculum that not only speaks of effort, but perseverance, he has shared on his social networks that he is currently a fellow in an Entrepreneurship in Emerging Economies certification at the Crossroads Program of Emerging Leaders 2021, neither more nor less than in Harvard. In addition, he attended the Technological University of the Central Valleys of Oaxaca (UTVCO) and has the TOEFL certification of English language proficiency.

The Technological University of the Central Valleys of Oaxaca has shared the achievement of its graduate on its social networks.

“Our rector Mtra. @nydiadelhi spoke with Ramiro González, a graduate of @Negocios_UTVCO, who is studying Entrepreneurship in Emerging Economies at the Crossroads Program for Emerging Leaders 2021 at the University of @HarvadUniversit “.

Technological University of the Central Valleys of Oaxaca on Twitter.

Currently, Ramiro González is an intercultural promoter and interpreter for the State Public Defender’s Office and is also part of the International Youth Network of Latin America.