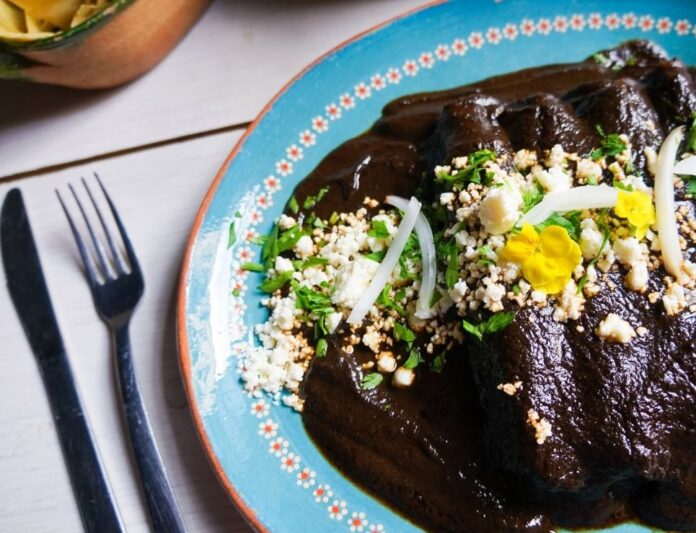 Used the same in moles, as in sauces and broths, this species is endemic to Oaxaca but little is obtained in the state.

The state of Oaxaca is rich in chili peppers. This ingredient, of which there are hundreds of varieties, is the basis of recipes such as moles, broths, and hot sauces

But the Tabiche Chile is special. We spoke with one of the most important representatives of gastronomy and culinary research in Oaxaca, chef Celia Florián, so that she could tell us more details about this ingredient that is so important for the cuisine of the state.

According to chef Florián, it is an endemic chili from the Sierra Sur de Oaxaca; specifically in the town of Santa Cruz Xitla, in the municipality of Miahuatlán de Porfirio Díaz.

At first glance it can be recognized by its thickness, but the most identifiable thing about it is its flavor. According to the Oaxacan gastronomy specialist, it is very spicy and its notes are unique. There is nothing like it.

“There is produced in large quantities, but much of the tabiches chilies stay there. In the Central Valleys, for example, it is not so easy to get. There are people with whom he meets, but they do not sell it by the kilo, only in small bags that cost about twenty pesos each, ”says the chef. Uses in the kitchen

In Miahuatlán the Tabiche is so common, that it is used the same for soups, as in spicy green sauces. Many eat it in bites while savoring soupy dishes. When it comes to stews, it is usually used in the variety of yellow mole that distinguishes the area, as well as in the black one.

In Las Quince Letras, which is chef Florián’s restaurant in the capital of Oaxaca, the Tabiche chili is a rarity that reaches the table regularly through machas sauces and with miltomates. Soon, she says, she plans to launch her own recipe for mole amarillo con Chile Tabiche.