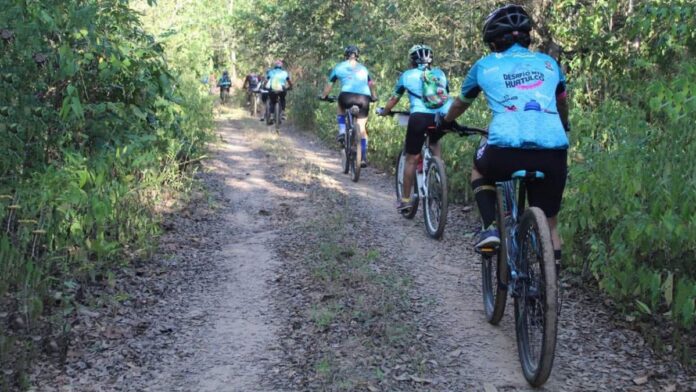 Oaxaca de Juárez.— After it became known that an armed man attacked and tried to sexually abuse two women cyclists in the vicinity of Cacaluta Bay, the municipal government of Santa María Huatulco demanded that the Oaxaca State Attorney General’s Office (FGEO ) an “exhaustive investigation to arrest and present to the judges the person responsible”.

The municipal government assured that the attack is reprehensible and that it has outraged the entire community of this municipality on the Oaxaca Coast and one of the main beach tourist destinations of the entity.

The city council assured that it has taken actions and established protocols for the defense and protection of women, therefore it will help the State Investigations Agency (AEI), attached to the Prosecutor’s Office, “in the procedures that must be carried out to punish the aggressors ”.

According to the police report, the aggressor tried to sexually abuse the athletes but did not succeed because they escaped and notified the authorities.

According to the report obtained by the authorities, one of the victims was shot in the abdomen when she tried to help her partner, who managed to escape half-naked and reach a camp of ex-community members who occupy the beach area of ​​Bahía Cacaluta, whom they asked for help.

Thanks to this help, the woman who was shot had the help of paramedics and was transferred to the IMSS hospital in Huatulco, for surgical intervention; she is in recovery.

The MTB Huatulco group of cyclists expressed through social networks their solidarity with the female cyclists who were attacked by a subject, leaving one of them, a gunshot wound, for which they reported that in the face of this unfortunate fact, they will demonstrate with a shot to demand justice for the companions, as well as guarantees of safety in the various routes used for mountain biking, road, and urban areas.

“Sport is health, a healthy practice, and conservation of the environment, it is not possible that now we are the object of aggression and put the life of a cyclist at risk”, expressed the athletes.