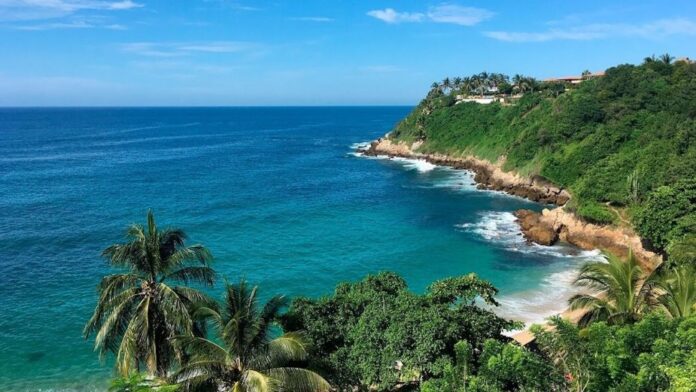 Like other states in the country, that year after year got used to receiving thousands of tourists who took the beaches to rest and have fun during the Easter holiday period, Oaxaca has not yet been determined whether its coasts will be closed to prevent outbreaks of coronavirus or may operate with restricted access and other health protocols of the so-called new normal.

Without yet giving a public position on the beach resorts, the entity’s governor  Alejandro Murat reported a few days ago that religious and tourist activities will be canceled to avoid crowds and urged the population to avoid social gatherings.

It is no secret to anyone that the beaches on the coast of the state of Oaxaca are among the most beautiful in Mexico, thanks to developing tourist infrastructure and the rich gastronomy of the Pacific.

Puerto Escondido, Huatulco, Mazunte, Zipolite are among the favorite destinations of national and international tourism. However, during the first half of February, various municipalities announced restrictions on the hours of their beaches and checkpoints due to the increase in coronavirus cases and the percentage of hospitalization.

According to the above, hoteliers on Oaxacan beaches expect an occupancy of between 20 and 30%.

The uptake of international tourism will be affected due to the canceled flights from Canada and other nations that visited the Pacific coast of Oaxaca.

The Oaxaca Health Services reported that from the holiday season celebrations, Covid-19 infections in Oaxaca grew 300% .

Oaxaca began March with an orange traffic light and with 2,919 deaths since the beginning of the pandemic a year ago.