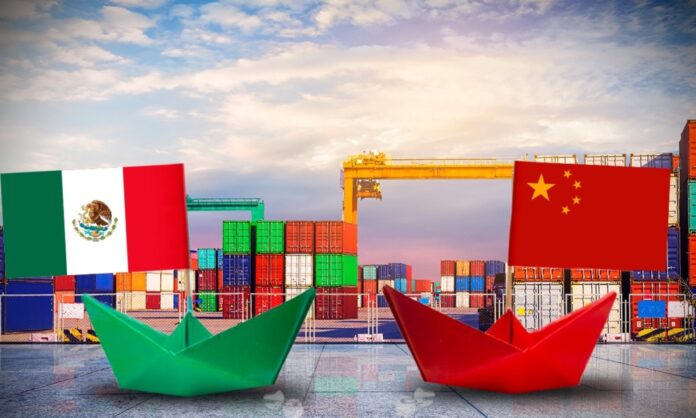 For the first time in that ranking, Mexico ranked first in 2019, after China overtook Canada in 2015, and remained the leader for the next three years.

China displaced Mexico as the first partner in the trade of United States products in 2020, in a context in which the Chinese were affected by tariffs in that bilateral relationship and the Mexicans had a greater comparative impact due to the Covid-19 pandemic.

For the first time in that ranking, Mexico ranked first in 2019, after China overtook Canada in 2015, and remained the leader for the next three years.

Mexico’s main advantage is its proximity to the US market and a favorable outlook with the trends of offshoring (nearshore) and internal contracting (inshoring), given the high integration of its industrial value chains with the United States.

Offshoring is a type of subcontracting of activity with lower wages than in the country itself, which is relatively close in the distance; while internal hiring consists of a process of reversing external hiring.

But despite this, Mexico had a 14.3% share in the total merchandise exchanged with the United States in 2020, a reduction compared to its historical maximum reached a year earlier, of 14.8 percent.

China’s trend in the US market was notably influenced by the policies of former US President Donald Trump, who fueled a trade war between the two countries.

Under the argument of concerns about China’s policies on intellectual property, technology, and innovation, among others, Trump implemented several rounds of tariff increases and defined himself as “the tariff man” (“Tariff Man”).

In 2016, the deficit in the United States’ merchandise trade with China amounted to 347,000 million dollars and, four years later, this indicator dropped to 310,800 million.

Compared to China, the world’s largest exporter of products, Mexico has another advantage, the Treaty between Mexico, the United States, and Canada (USMCA), which entered into force in July 2020 and maintains, like its predecessor ( NAFTA), trade in goods without tariffs in the region.

In 2020, Mexico’s merchandise exports to its northern neighbor totaled 325.394 million dollars, a year-on-year decrease of 9.1%, with a surplus in its bilateral balance of 112.7 billion dollars (the second-largest deficit of the United States, considering countries individually).

For their part, Chinese exports to the same market registered a decrease of 3.6% year-on-year in 2020, to 435,449 million dollars, maintaining the largest negative balance for the United States.

Cinemex and Cinépolis, the end of movie theaters in Mexico?