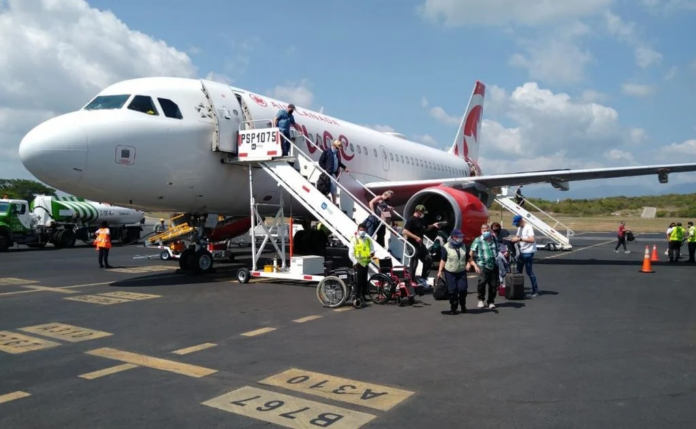 The government of Oaxaca reported that as a result of the coordinated work of the State Tourism Secretariat (Sectur Oaxaca) with the Huatulco International Airport and the West Jet and Air Canada airlines, the winter season flights were reactivated. they connect the destination of Bahías de Huatulco with Canada.

Thanks to this, the West Jet airline resumed activities and will continue to operate until April 2022 with six frequencies a week, with a Boeing B738 team with a capacity of 174 passengers.

According to the government of Oaxaca, this represents an increase of 4 thousand 490 additional monthly seats on average for Bahías de Huatulco.

Meanwhile, from Toronto, Canada, the Air Canada airline flight will have a weekly frequency (on Saturday) with an Airbus A319 team with capacity for 136 people.

This flight will maintain connectivity with Bahías de Huatulco until March 2022 and will represent an increase of 585 additional seats on average for the Costa destination.

These flights connect the Oaxacan coast with the Canadian market that is looking for beach destinations during the winter season, and the beaches of this region are considered preferred sites.

The Huatulco International Airport currently receives flights operated by five of the most important airlines in Mexico, with connectivity to destinations such as Mexico City, Monterrey, Oaxaca and Tijuana; and during this winter season to international destinations such as the  United States and Canada, specifically cities such as Toronto, Vancouver, Edmonton, and Calgary.