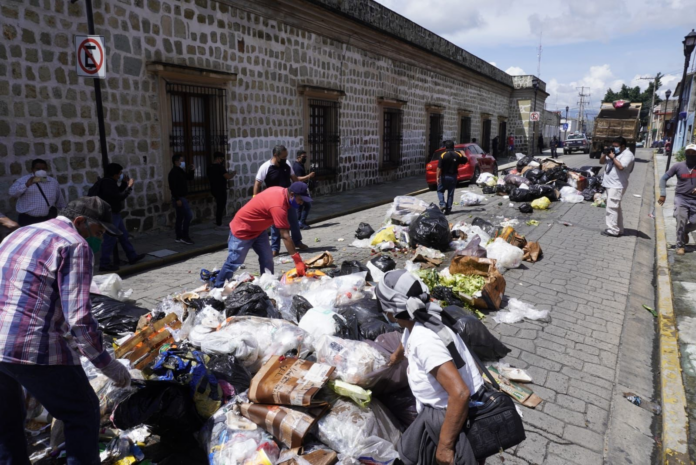 “For reasons beyond the control of this authority, the access roads to the Municipal Garbage Dump are blocked and the entry of collection trucks is not possible,” said the City Council.

Oaxaca de Juárez.- The Oaxaca de Juárez City Council announced through its social networks that derived from the conflict that continues in the Guillermo González Guardado neighborhood, belonging to the Villa de Zaachila, the garbage collection service will be suspended until further notice.

“For reasons beyond the control of this authority, the access roads to the Municipal Garbage Dump, located in the Villa de Zaachila are blocked and it is not possible to enter the collection trucks to deposit the waste, therefore the waste collection service will be suspended until the roads are released ”, quotes the brief statement from the City Council.

Neighbors of the Guillermo González neighborhood demand that the state government comply with the signed agreements that refer to the drilling of wells for the supply of drinking water. However, their demands so far have not been answered, so they also agreed to close the access to the municipal dump.

This led to the accumulation of garbage in the main streets of the city, as well as in the public areas of the supply center, where there are already tons of solid waste.

On the other hand, in the suburbs, the municipalities have hired peripherals to notify the neighbors that the collection truck will not pass in the next few days due to the conflict that prevails in the garbage area.