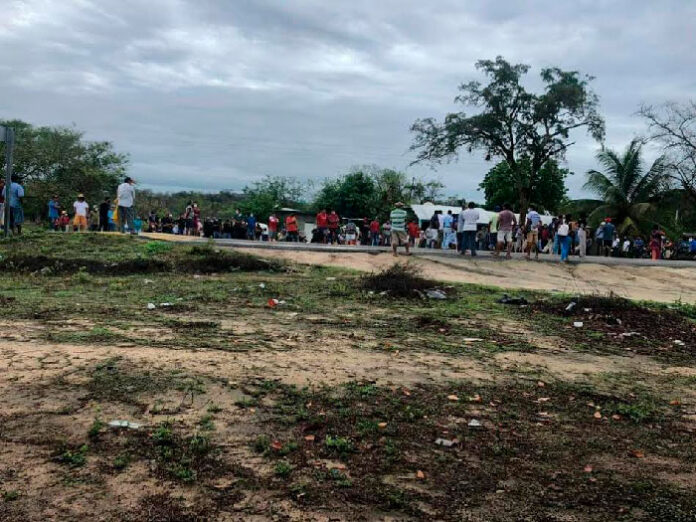 They are inhabitants of El Coyul, who demand accountability from the municipal president, whom they point to a diversion of resources of more than 8 million pesos.

This Tuesday around 200 inhabitants of the town of El Coyul, belonging to the municipality of San Pedro Huamelula, installed a blockade on federal highway 200 at the height of this population.

The protesters crossed motor units, branches, and stones to prevent the passage of vehicles on the Salina Cruz – Huatulco stretch of road, which has forced drivers to take alternate roads.

They demand the intervention of the General Secretariat of the Government of Oaxaca (Segego) to hold municipal president José Virgilio Fuentes Zárate responsible for an alleged diversion of resources that amounts to eight million pesos.

They indicated that despite the multiple requests made to the city council to clarify the destination of the resources, the municipal authority has refused to inform.

On the other hand, they added that El Coyul is a town that suffers from a lack of basic services, while the mayor gives priority to other communities in San Pedro Huamelula.

They pointed out that they will maintain the closure to the passage of vehicles until they obtain a work table with Segego officials and clarify the destination of public resources.