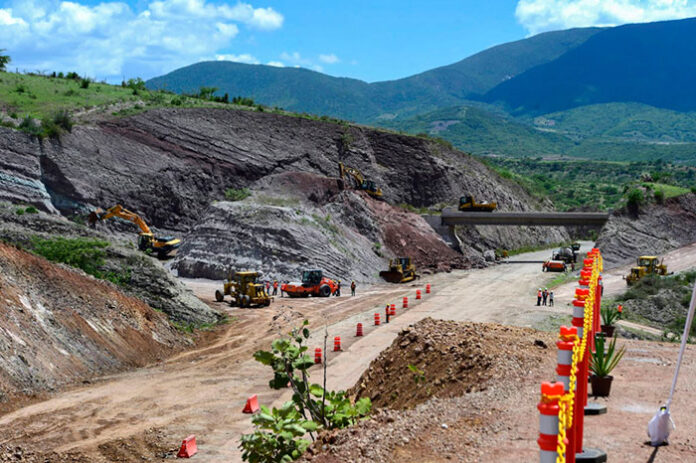 OAXACA..- The President of Mexico, Andrés Manuel López Obrador, asked to accelerate the construction work of the highways to the Coast and the Isthmus to deliver them in 2020 and 2023 respectively.

During his tour of Pinotepa Nacional, the first day of three that he will be in Oaxaca accompanied by Governor Alejandro Murat, he explained that this road has been unfinished and they hope to inaugurate it next year.

In addition, he explained that they are going to consider the Juquila branch because it is here one of the most important religious symbols in Mexico.

When the highway to the coast is finished, they will reduce from five to six hours that they do now, to two hours, two and a half hours, he explained.

The other road, to the Isthmus, he explained, which has already been restarted and on Sunday he is going to visit it, they plan to conclude it in early or mid-2023.

He also announced that the new Felipe Angeles airport will be inaugurated on March 21, 2022 “the military engineers are setting the example,” he said.

For the president of Mexico, the airport is the most important work being carried out in the world.

“It is no small thing to beat the builders of the People’s Republic of China,” he compared.

He also said that Oaxaca is an example in the construction of concrete roads, due to the tradition of mutual aid, the tequio, which the entity has.

“The commitment that we have made and we are going to fulfill is that at the end of our government there will not be a municipality in Oaxaca, without a road, towards its municipal seat, all of them will be completed, we are talking about more than 200 roads of concrete ”, he advanced.

He stressed that with this program, communities are given work and the economy is reactivated in almost the same way as remittances received from Mexican families that receive remittances from the United States.

“Imagine, 10 million Mexican families receive 350 dollars each month, 10 million families, it is said that the highest foreign exchange income is given by the automotive industry, yes, but they do not have the same effect, many times it comes out again, it is foreign investment and the remittances remain in Mexico in their entirety ”.

Last year, despite the pandemic, he reiterated, our countrymen helped us by sending 40.5 billion dollars to their families.

And this year, as things are manifesting, according to what was received in the first months, according to the Bank of Mexico we can reach very close to 50 billion dollars

“This year we can break records,” he explained.