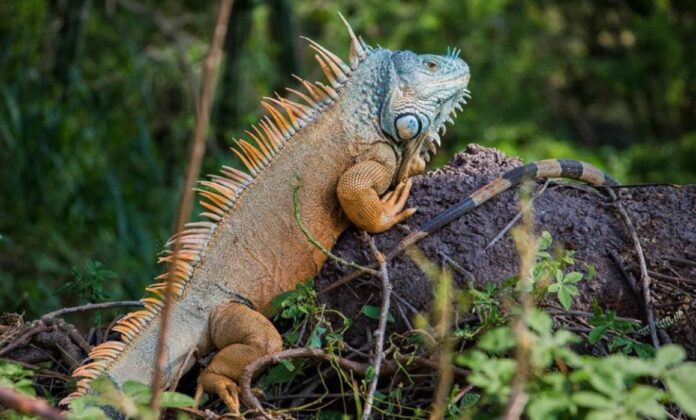 OAXACA, Oax..- The Oaxaca Congress decreed that on November 10 of each year, the State Day of Biological Diversity will be celebrated, with the aim of contributing to the conservation of biodiversity.

In a statement, it was detailed that, within the framework of this commemorative date, the three Powers of the State and the municipal authorities will carry out actions aimed at generating public awareness about the importance of conserving biodiversity and the necessary measures to achieve that objective.

Care and respect for the biological diversity in the State are important. International organizations have stated that the entity registers the greatest biodiversity in the country since of the 22 thousand 350 species of plants known in Mexico, 8 thousand 400 are found in Oaxacan territory.

In the same way, it has 1,431 species of terrestrial vertebrates (including birds, mammals, reptiles, and amphibians), which is equivalent to 50 percent of the species present in the country. Also, of the 1,100 species of birds that live or temporarily migrate to Mexico, 736 live in Oaxaca.

In this vein, this popular representation supports the tasks of social awareness on topics such as human rights, sustainable development, and health.

Likewise, to achieve a double objective; on the one hand, that governments take specific measures in this regard and, on the other, that citizens better understand the problems in this area and demand action from their representatives.

This date was considered, by virtue of the fact that on November 10, 1994, the agreement was published in the Official Gazette of the Federation by which the former convent of Santo Domingo de Guzmán was withdrawn from the service of the Secretariat of National Defense. and a part was destined to establish the Ethnobotanical Garden, thanks to the efforts of Francisco Toledo, a Juchiteco painter and activist in the defense of nature in Oaxaca.

The decree was resolved by the Permanent Commission on the Environment, Renewable Energies and Climate Change, promoted by Congressman Horacio Sosa Villavicencio, and approved by the Plenary Assembly.